THE BODY SHOP, MTV NETWORKS and the STAYING ALIVE FOUNDATION

Since 1987, the original ethical cosmetics company, The Body Shop, has given back to developing countries’ by sourcing native ingredients, paying fair wages, and ensuring sustainable/safe work conditions via its Community Trade Program. As the founder---- the late Dame Anita Roddick remarked: “Activism isn’t listed on The Body Shop labels as an ingredient, but it is there as surely as the bergamot and hemp oil”.

Starting March 19th, The Body Shop, in collaboration with MTV links up to launch a “Tantalizing Lip Butter” ($8) packed with moisturizing shea butter from Ghana… where nearly $5 of each goodie sold…gets donated to the HIV/AIDS awareness and prevention programs of the Staying Alive Foundation.

As if guaranteed luscious lips aren’t enough reason to buy this portable creamy butter, the benefit of educating young people about safe sex practices is shockingly needed… as nearly half of all new HIV/ AIDS cases are among 15 – 24 year olds.

Ambassador for the Staying Alive Foundation, the talented R&B Singer-Songwriter Kelly Roland (of Destiny’s Child) is helping to get the word out about the need for safe sex practices by lending her voice to the campaign. 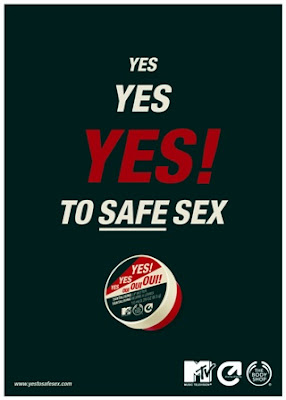 “The most shocking to me, is that so many 15 to 24 year olds, are simply ignoring the risk of HIV/ AIDS, believing it won’t touch their lives,” Rowland notes. “The reality is that none of us can afford to be complacent, and there’s no cure, no way of turning back the clock. The best sex advice I have ever been given, was by someone who is HIV positive, telling me how they wished they had engaged in safe sex. It’s such a simple message, but it has proved to be a pivotal moment in my life and one I will never forget.”

FYI: “Over the last two years MTV and The Body Shop have raised more than $1.6 million, which has gone directly to the Staying Alive Foundation. This funding has provided grants to young people to work on HIV prevention efforts amongst their peers at a grass-roots level – through influencing, educating and inspiring young people to make them aware of the risks of HIV/ AIDS.”