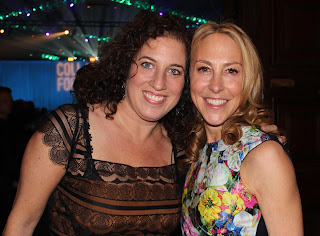 SWCRF Collaborating For A Cure host Michael Nierenberg welcomed everyone to the Dinner & Auction, thanking them for their continued support to raise funds for cancer research and introducing Master of Ceremony Chris Wragge.

To kick off the evening, Wragge spoke a few heartfelt words of how “cancer touches each and every person” and thanked Dr. Waxman for working “each and every day to benefit us in the fight against this disease.” Following dinner, Dr. Waxman gave a short speech, letting the audience know that their support for the SWCRF has made “significant progress in cancer research and are more than on their way to having it under control.” Dr. Waxman then brought honoree Arthur Imperatore to the stage. Imperatore, a cancer survivor and supporter of the SWCRF, stated that the cancer research of the foundation thus far is the “best-of-the-best,” and those whom are part of it are the “most selfless and knowledgeable individuals, especially Dr. Waxman.” Andrea Powell then presented designer Tadashi Shoji with the SWCRF Fashion Cares Award, an annual award honoring individuals in the fashion industry who have survived or had experience with cancer. Powell thanked Tadashi for using fashion as a medicine to make women feel beautiful and confident during difficult times and for his continued support for cancer research. 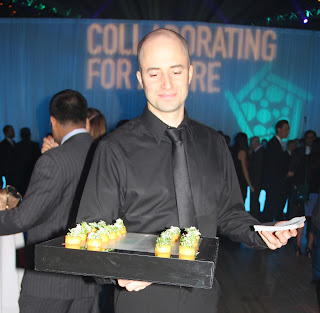 The dinner, auction…and concert was attended by more than 950 corporate executives, board members, and their guests. The benefit raised nearly $3 million to support the Foundation’s research efforts to produce a cure for cancer by reprogramming cancer cells to deliver tailored, minimally toxic treatments to patients. The scientists who are funded by the SWCRF have made significant breakthroughs in cancer research, including identifying pathways to deliver drugs and novel therapies to treat cancer. 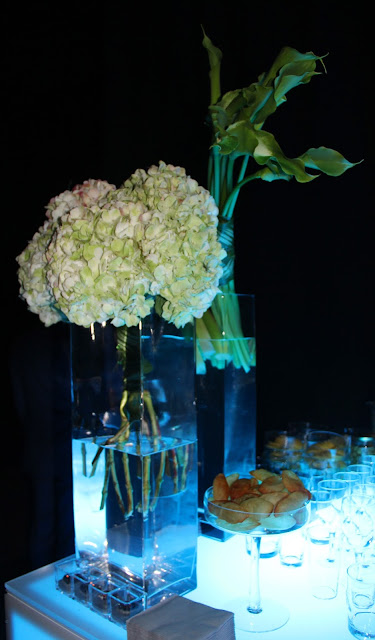 The evening’s live auction offered guests the opportunity to bid on exclusive items such as a White Golden Retriever puppy that started a bidding war between various attendees and received a winning bid of $7,000. 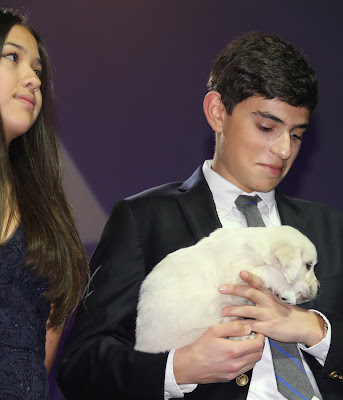 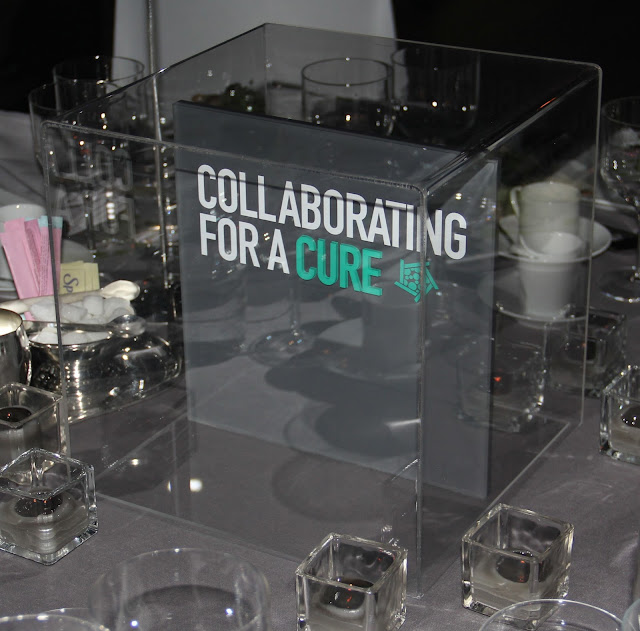 Guests were also able to bid on an exclusive opportunity to meet Train backstage at the event and receive an autographed guitar; 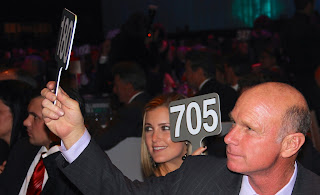 ...bidding started at $3,500 and sold for $10,000. The highest bid of the night went to a luxurious five-night stay aboard a Private Yacht complete with a private jet and seaplane for $135,000. Other packages included the ultimate James Bond experience with a trip to the world-famous Golden Eye Resort in Jamaica for $26,000, a two-night stay at ShuttersSanta Monica in the Presidential Suite for $14,000, a golf outing for 24 people at Hamptons Hills Country Club in Westhampton, NY, for $6,000, a 3-hour cocktail reception, planned byROBIN for $6,000, a private wine tasting for 25 at Italian Wine Merchants for $19,000, a limited edition print and studio tour with photographer Richard Corman for $7,000, a one-of-a-kind abstract painting by Harold Garde for $25,000, 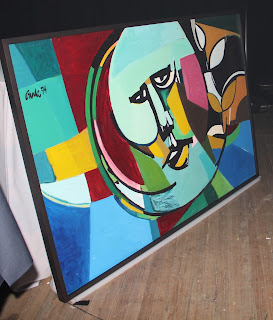 ...“Tree of Serenity” limited-edition print by Peter Lik for $8,000, and the ultimate sushi experience for 10 at Neta Sushi for $9,000. The live auction was led by Hugh Hildesley, Executive Vice President of Sotheby’s Auction House.

Online auction items— including two-tickets to the Tadashi Soji Fall 2014 Runway Show, second-row seats to watch the New York Knicks up close and personal at Madison Square Garden, the ultimate NASCAR racing experience, and many more— are currently still available for bidding on Charity Buzz until December 4, 2013. 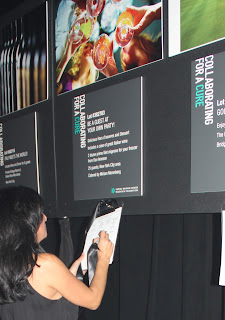 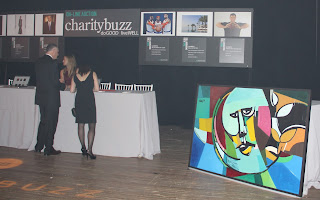 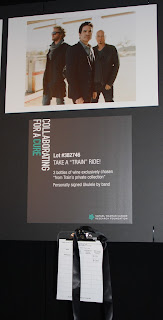 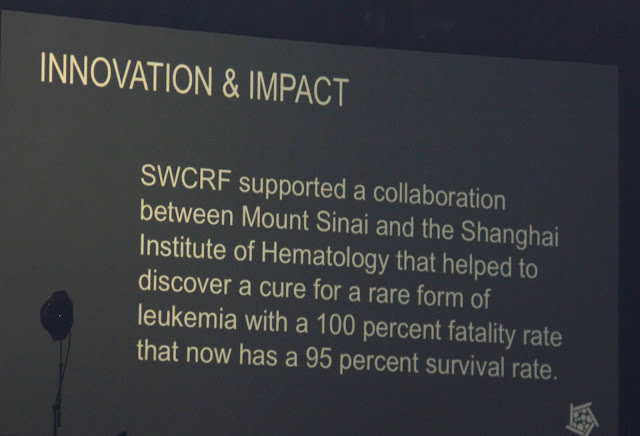 Attendees from the financial industries-always know how to have a good time... 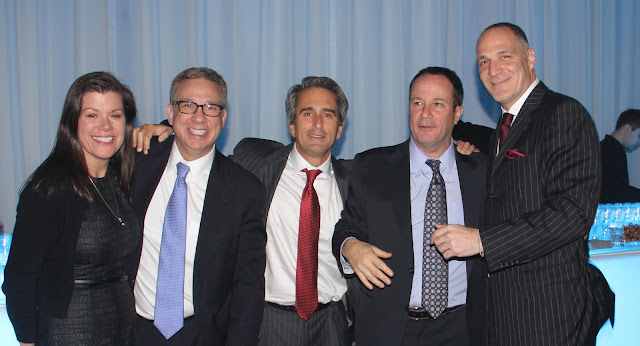 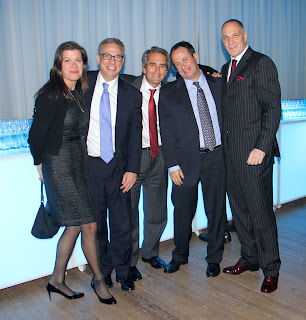 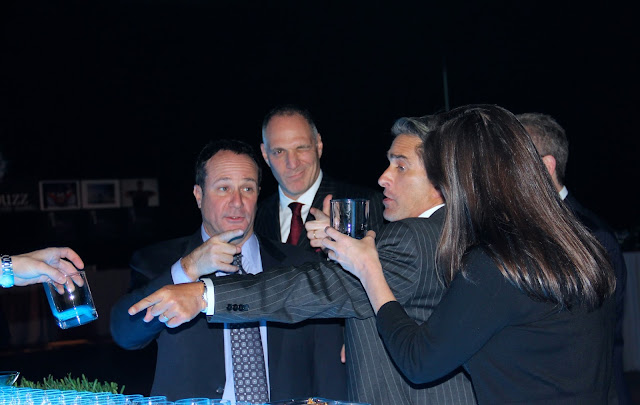 Known affectionately by New Yorkers as “The Waxman,” the yearly fête is considered to be among the top fundraising events in New York City. In recent years, “The Waxman” has raised several million dollars to support the Foundation’s research efforts to produce a cure for cancer. Past celebrity supporters have included the Warren Hayes Band, Kid Rock, Chevy Chase, Steely Dan, Glenn Frey, Joe Walsh, Sheryl Crow, John Fogerty, and Counting Crows.

Imagine a world in which cancer can be treated without disrupting life, can be cured, or can even be prevented.
After the auction, guests were treated to an exclusive, live performance by music legends, Train. 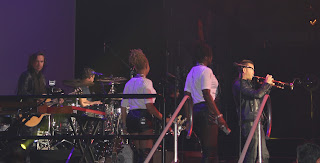 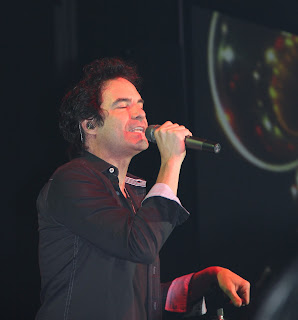