We ended our second day at OR with a run through of Victorinox Swiss Army's sophisticated menswear collection.

Acclaimed for their multi-functional pocketknives that have been the “namesake of the Swiss Army” the famed business has launched an updated line just in time to celebrate its 125th anniversary. 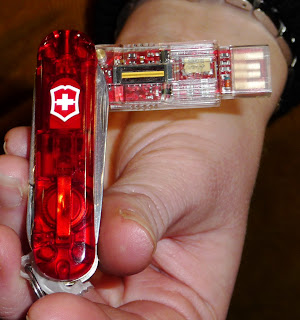 We were jazzed about the new cyber tool and USB drive with a biometric sensor that encrypts the data and opens via fingerprint identification. Cool.

It’s also impressive that a brand that’s been making tools since 1891---managed a 2008 overhaul of their ‘everyday’ items by adding features like an ergonomic grip, and a dual density handle (plastic/rubber), one hand opening, lock in blade and a Phillips head screwdriver. 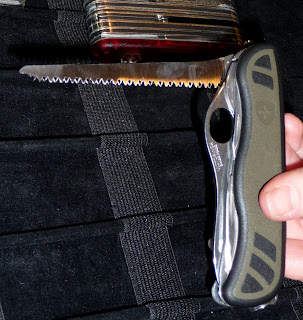 There were a few key men’s clothing items there---all sportin' the utilitarian vibe of the knives... lightweight, pack-able, technically adorned, and very European urban in style and feel. Which makes sense since the New York based designer, Pierre-Henri Mattout hails from France.

There was a snowboard/ski out fit of waterproof pants and a jacket- that we wanted in an xs…that we later learned was not going to be produced. Bummer.

We did like the shape memory bomber that’s water repellant ($275) that was paired with a water/wind repellant shirt, a boiled wool scarf that comes in a rainbow of multi-color stripes, and a dark rinse organic cotton wool jeans that has a button or zip fly ($195).


Also a go…a down fill jacket (in khaki/olive) with a detachable fur line hood made from a dynamic nano system treated canvas cotton $550). On the mannequin…it was draped over a handsome 100% merino wool Swiss argyle “interga” knit sweater ($265) and a flat front corduroy with 4% spandex for stretch ($135).

A hip blouson, windproof wool jacket with a tightly woven mesh lining…is souped up with hidden interior pockets and nearly invisible vertical outside pockets ($325). This coverall is paired with a reverse stretch jersey sweater ($245) over a traveler’s dream - water repellent cotton/nylon cargo pants…that are wrinkle resistant and breathable.


We can’t wait to see what Victorinox Swiss Army has in store for NEW YORK’s FASHION WEEK. We do know---that mobility and innovation fused with panache will be hallmarks. 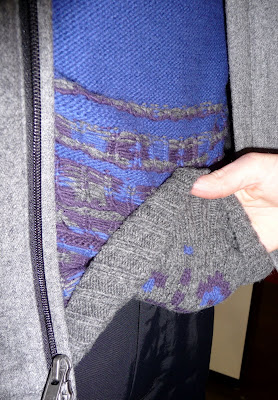